Dressed in the past and adorned in the
present, you hear the expression of love for
music and performing in their show.
T. Bill has lived music for many years. He has a
passion for entertaining whether he is behind a
drum kit, a microphone, a guitar or writing a
song. His years in the studio and on tour have
allowed him to work in many genres, with
various artists and bands, always listening,
always learning. His unique vocals
set him apart from other artists.

Suzie has been with several bands as a touring
performer, playing bass and guitar. She has
captivated audiences across the country with
her ability to deliver a song. Suzie attended the
University of Indianapolis as a drama major and
her subsequent successes in theater allow her
to immerse herself into the lyrics of a song --
whether she is singing it or writing it.

Suzie and T. Bill have toured together from
Florida to Wisconsin, North Dakota to New
Mexico and all points in between. Whether the
venue was The Orlando Civic Center, The
Tampa Amphitheater, Indianapolis Air Show,
Moe's Maverick, Montana Chad's, or The
Lonesome Dove, large venues or small they
have entertained and made many friends. They
have a long-standing working relationship with
Hands On New Orleans, the Special Olympics
and have also worked with The Make a Wish
Foundation, Riley Children's Hospital, Heifer
International and the National Military Family
Association 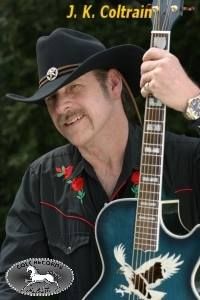 J.K. Coltrain is back at the Hoosier Junction and we couldn't be happier! Join us as we make music with our buddy who is a favorite of the Ohio Valley. The Largest dancefloor in Sulphur, IN will be full tonight! Doors open at 6:30pm eastern; Show starts promptly at 7:00 eastern. This is a Family Friendly venue. No alcohol, smoking or foul language. Kids of all ages WELCOME. All tickets $8. All concessions $1 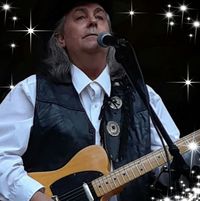 Rich Sither (and BOB) return to the Hoosier Junction Opry, DAG NABBIT!!! Colt Records recording artist and Kentucky native, Rich is bringing his unique brand of originals, classic rock and country music. Gonna be a Hot Weekend, so come dance on the BIGGEST DANCE FLOOR IN SULPHUR, INDIANA!! Richs' website is https://coltrecords.bandcamp.com/.../rich-sither-my-country Doors open at 6:30pm eastern; Show starts promptly at 7:00 eastern. This is a Family Friendly venue. No alcohol, smoking or foul language. Kids of all ages WELCOME. All tickets $8. All concessions $1 See Less 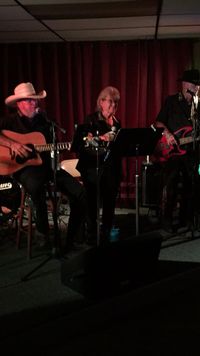 The Hoosier Junction Halloween Show and Costume contest is a favorite event in the Ohio Valley. Crosswind plays and the largest dancefloor in Sulphur, Indiana stays full! In between sets there will be a costume contest for young and old alike!
Doors open at 6:30pm eastern; Show starts promptly at 7:00 eastern. This is a Family Friendly venue. No alcohol, smoking or foul language. Kids of all ages WELCOME. All tickets $8. All concessions $1